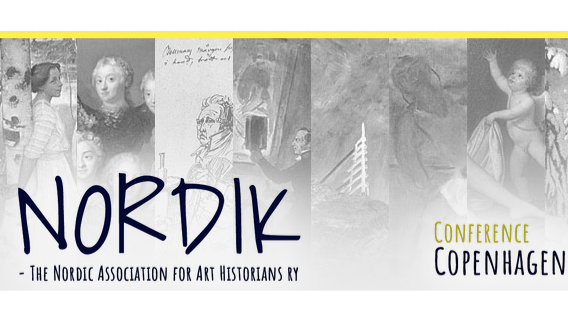 We have chosen no title to be the heading of the upcoming conference as a means to broaden its thematic boundaries and allow you to host sessions on any subject you see fit in relation to your branch of study or the study of art history in general. These subjects should, however, pertain to Nordic countries to some degree, by either incorporating them explicitly or by focusing on studies, practices or events currently taking place here. The title of the conference bears legacy to Modernism by rejecting the use of a title in light of a contemporary art culture which commends it. In Modernism, the use of no title was to promote visions of growth and progress within society. Historically, there has always been criticism of this progress and the future epitomized by Modernism. Titles such as no title or untitled evoke the condition of an artwork in Modernity. Prior to Modernism the use of titles within art was not common, but as works became increasingly more portable, titles became mandatory out of convenience. Leaving a work untitled is therefore a statement which questions and criticizes this premise. Yet still, a work in Modernism could not be left entirely without a name and so had to announce its ‘untitledness’ by explicitly referring to it as either no title or untitled, thereby calling attention to that which is missing.

In choosing the title no title for our conference we invite you to consider the premises of art historical discourse globally, and the themes conventional art history conferences usually encompass, and why. Art history and its institutions continue to evolve with today’s ever-changing social, technological and political climate and many have therefore taken to digitalization, and new means of public management and education to keep up. Although art history and the humanities suffer from political and economic pressure, museums are more popular than ever, and art history continues to be a sought-after area of study.

As for now, titles are mandatory in artworks as well as in academic art historical work. They are often in English, regardless of country. Sometimes they are as opaque and contradictory as the artworks, papers, or projects they name. But they are important nonetheless and aid in attest to the continued influence of the linguistic turn and the philosophy of language.

We propose therefore no title to open up to a broad range of sessions and papers at the conference. Come show art historians and everybody else what art history is doing these days in the Nordic countries and/or on Nordic subjects, where we are heading, and why it all matters. Thus, the title of the conference bears a Modernist tradition, not as a means to reawaken it but rather as a means for us to be encouraged to build strong titles in the face of it.

For the selection of sessions, we will look for proposals that hold a meta level on their subject, and are at the forefront of research and practice in art history or related branches of study such as visual culture, critical theory or museum studies.

We will accept proposals until 18 August 2017. Please submit to nordikconference2018@gmail.com